Here you will only find the legal links to the official digital media providers of Miami Hurricanes sports. Never click on Miami football live streaming links that you don’t trust! ACC Football Online is a fan site that helps the fans find out where to watch Miami football online legally.

Here are our listings of the official digital media partners of University of Miami Athletics. Our data below contains only legal links below to help you find out where to watch Miami Hurricanes football games:

You can watch Miami Hurricanes football games live on a mobile phone, PCs and tablets. You can also watch the Canes football game on all types of streaming devices and smart phones now including iPhone, Roku, Xbox, PS5 and more.

And, for up-to-the-minute updates about Miami football visit Miami Hurricanes Sports from the Sun Sentinel. 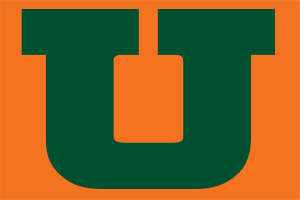 The Hurricanes football team, by far the most successful team of the 1980s, has won five national football championships. The Canes official fight song is Miami U How Dee Do and the team mascot is Sebastian the Ibis. The Miami Hurricanes are a member of the Coastal division of the Atlantic Coast Conference.

©2021 ACC Football Online is an independent fansite and is not affiliated in any way with the Atlantic Coast Conference or any of the conference's member institutions or partners.